I’ve always lived a life full of gratitude, but until recently, I never thought to be grateful for the ability to see shapes, color, my children’s faces, the sunset over the mountains, words in a book, or the road in front of me.

It didn’t happen overnight, but gradually, over time. I started noticing blurred lines, then complete double vision. As more time went by, my vision continued to decline.

My optometrist was shocked by my condition, saying my cornea was in a state that she had never seen before. It looked like there was a small hurricane covering my right eye, and harnessing my ability to see. She took pictures to show her colleagues, and referred me to a corneal specialist for help. 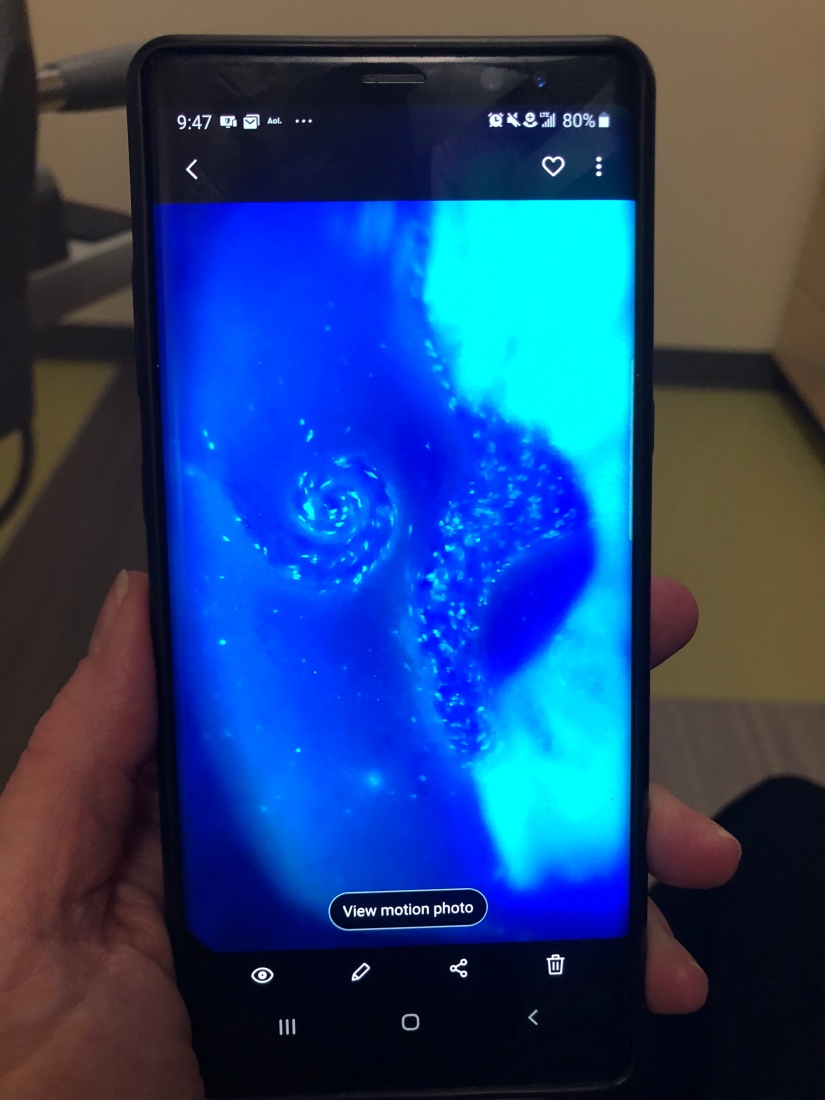 (In medical terminology, this ‘circular pattern’ is called Hurricane Keratopathy.)

At my first visit with the corneal specialist, I attempted to pass a simple eye exam. I stared at the “E” being projected on the wall. I knew what it was, but I couldn’t see it; it looked more like a “B” or an “8,” and I saw about 5 of them in a bow tie pattern.

That day, I lost the ability to drive a car. I couldn’t pick my children up from school, drive myself to work, or run to the bank or grocery store anymore.

After several weeks of failed tests, eye surgery was scheduled. We would remove the epithelial layer covering my cornea in hopes that new and healthy cells would regenerate, restoring my vision. 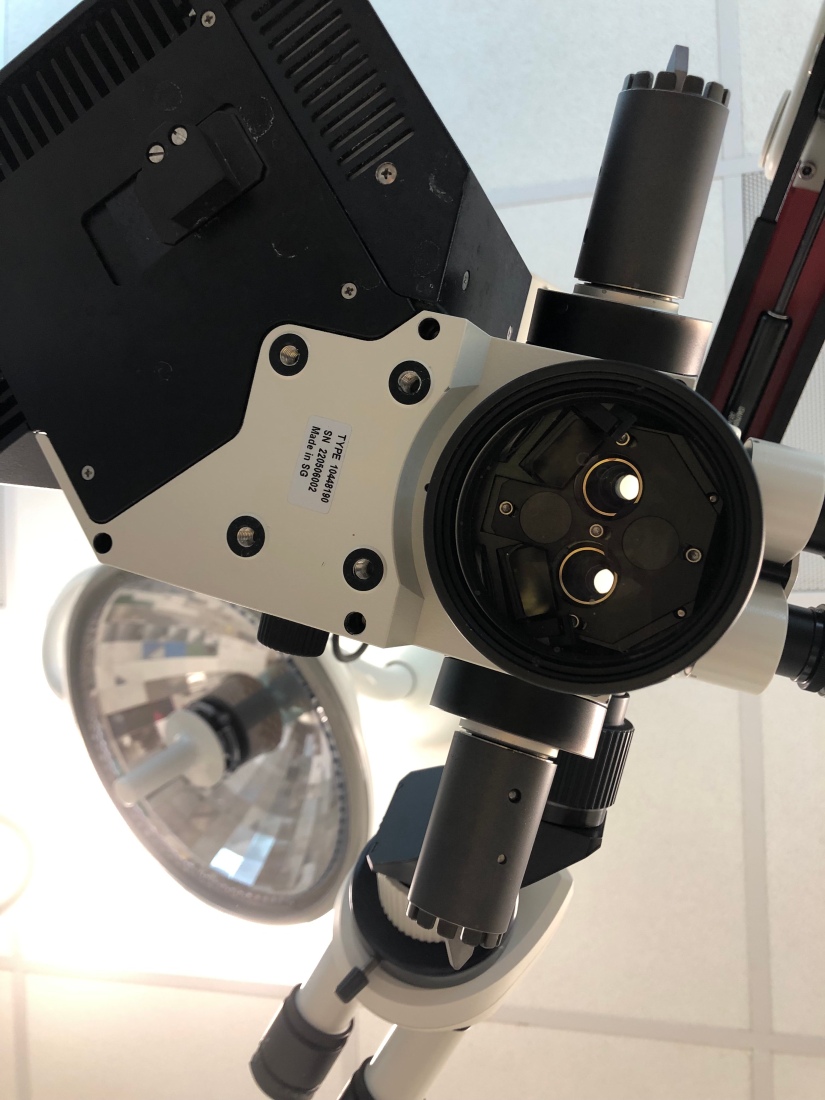 I went in for eye surgery feeling desperate, and came out feeling hopeful.

With the bandage on, I lived in suspense for over a week, praying that surgery was successful.

Unfortunately, when the bandage came off, I couldn’t read the magazine cover in the corner of the room. My ophthalmologist took a look at my cornea and sat back in his chair with his arms crossed and a look of disappointment cast across his face. I knew surgery was unsuccessful before he spoke.

He said, “it’s very rare that a pattern such as this would ever appear in the first place, and it’s even more rare for it to reappear after surgery.”

That day, I allowed myself to grieve the loss of my eyesight; I cried, yelled, cussed, pouted, and prayed.

Then, the next morning, I woke up ready to move on, once again accepting a new normal gifted by NF2.

The very next night, my husband and I settled in on the couch to watch television together. My husband had learned to read off the titles since I couldn’t. He started mumbling off names of movies as he scrolled through the channels until I stopped him…

“I think I can read that,” I said skeptically.

I tested my eyes by covering one and then the other. To my amazement, I could see letters and pictures more clearly than I had in months.

The next morning, I had a follow up visit with my ophthalmologist and was able to comfortably drive myself to my appointment.

This time, when my ophthalmologist looked at my cornea, he sat back in his chair and crosses his arms again. Instead of disappointment, his eyes were flooded with confusion.

“The circular pattern is still visible in your eye, but your vision has drastically improved,” he said. “I thought we were going to have to schedule another surgery, but you seem to be able to see through the pattern now. I don’t know how to explain this, but I’m pleased with your improvement.”

He didn’t know how to explain it, but I did;

Faith is not about proof; it is about believing despite the lack of explanation.

In those days when I felt defeated, I leaned further into my faith. Maybe we don’t truly learn to wear the armor of God until the arrows are flying.

Despite the lack of explanation, I know that I will never again open my eyes without gratitude.

This is my story, and it is not over yet;