Before my diagnosis of Neurofibromatosis II (NF2), before brain tumors, before craniotomies and seizures, I was a very normal person. On any given weekday, I took my boys to school, worked a full day, and made my family dinner. I had been an active person, not just chasing toddlers, but going to the gym, advancing my career, going on family bike rides, and escaping for weekend camping trips.

After surgery, everything was different. I needed help with everything. My husband, Josh, poured my water, dispensed my medicines, helped me to the bathroom, and so much more. Light was intolerable and sounds were excruciating. Even the sound of my own voice was enough to make my head pound. My whole left side was numb and tingling, making it difficult to walk; I left the hospital with a cane that I relied upon to keep me upright. My daily goal after surgery was to hold my head up for 30 minutes a day.

Despite all of the tough adjustments, the hardest thing I’ve ever had to do as a mother is prioritize myself. Having brain surgery temporarily forced me to take a backseat in the daily lives of my children and focus on my health. My husband took care of me, and his mom took care of our kids. She was able to provide them everything that we couldn’t during that time; routine, consistency, and more support than we could have asked for.

Slowly, I made progress. Every day brought small triumphs. After a week, I ventured outside for the first time, and sat in our driveway for a whole hour, watching our boys play and eat peaches. 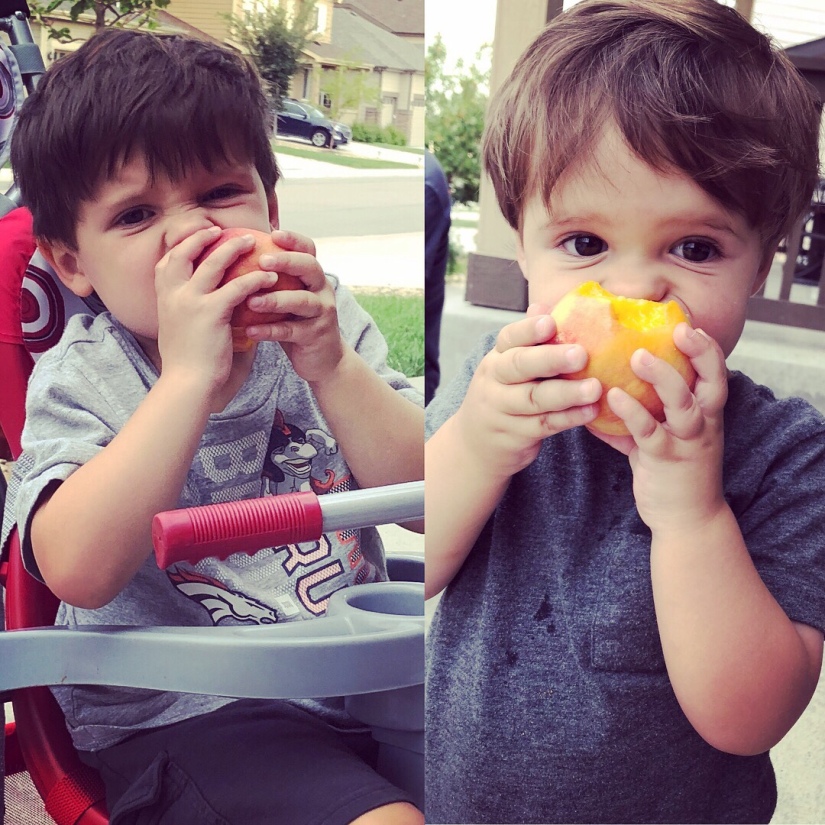 After two weeks, I was able to sit in a shaded pool chair for two hours. I couldn’t get in the water, but I could watch our boys splash each other, and smother sunscreen onto their bare skin.

After three weeks, we went out for dinner for the first time; 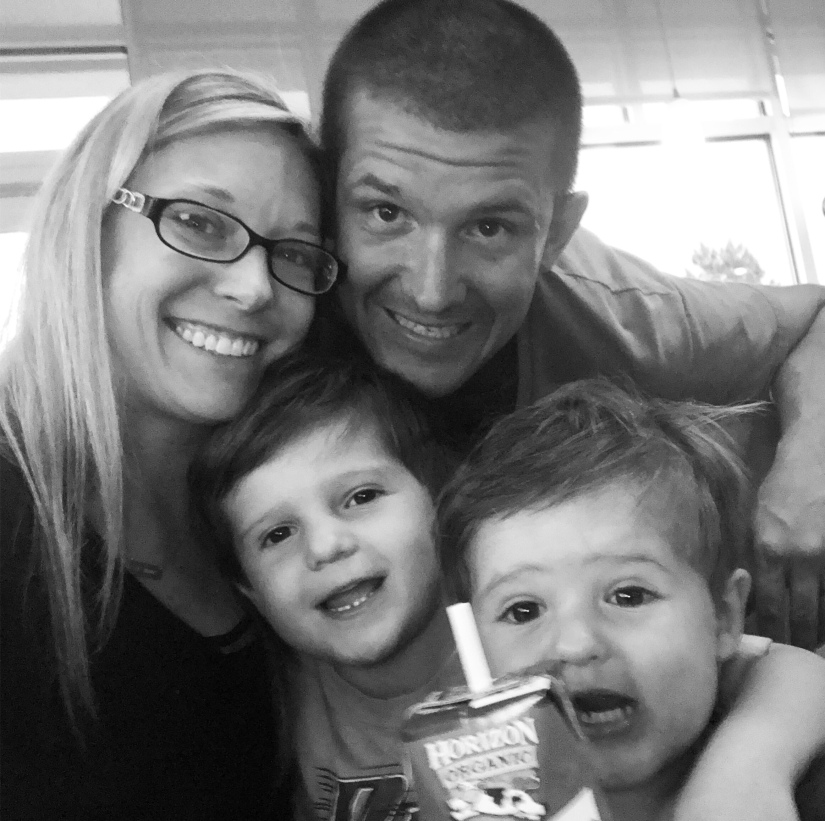 After five long weeks of healing, my weight restriction was finally lifted and my neurosurgeon agreed it was safe to hold my children. I hadn’t held them since surgery. Think about that one for a moment… I had a 1 and 4 year old, and I couldn’t put the baby in his high chair or crib; I couldn’t lift them into their car seats; I couldn’t pick them up off the sidewalk when they fell down; I couldn’t even let them play monkey on my legs.

The second that changed, I couldn’t wait to get them both into my arms… and it was worth the wait! I went straight to their school after the appointment, and nearly ran through the hallways to their classrooms. I scooped my oldest up first; as I did, I said “guess what?” His brown eyes widened, “you’re holding me!” Although their friends at school probably thought I’d lost my mind as I cried and held each of them, it was one of those moments I will never forget… and never take for granted again. 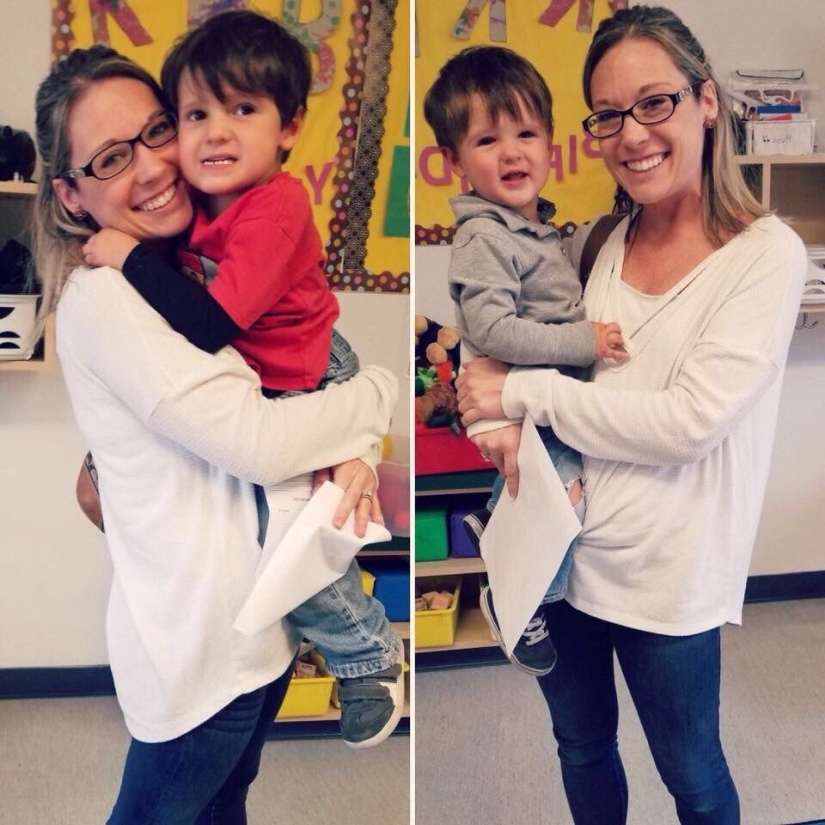 The most important thing I ask myself when I make medical decisions is “will this allow me to continue to put my arms around the people I love, and tell them that I love them?” When the answer is yes, I consider it a viable option. That was exactly why I had decided to have the surgery to begin with; it was the only thing that allowed me to continue making memories with my family.

For that same reason, we had decided to move forward with genetic testing for myself and our boys. If they did share my diagnosis, we needed to be proactive in their care.

Six weeks after surgery, our geneticist confirmed my gene mutation as spontaneous. She said only 7% of my cells were affected. Seven percent. Isn’t it amazing how much damage a mere seven percent can do!?

She had described my condition as “unlikely,” “like getting hit by lightening.” She said “no one knows why this happens,” and “it can happen to anyone.” She also confirmed that each of our children had a 50% chance of having NF2 too. If they inherited it from me, it would mean that 100% of their cells would be affected; their condition would be worse than mine.

Every single night since being diagnosed, I had prayed over each of our boys as they slept. As we learned more about the monstrosities of NF2, I became more fearful and prayed harder and harder.

“Please, God, don’t let my children have to endure these hardships. They’re just babies. I want nothing more than to protect them. All I’ve ever wanted is to take the sick away from them. I would gladly have a thousand surgeries and tumors if it means they don’t have to have one. Let me do this for them. Let it just be me. Show us your love. Show us your mercy. Show us your miracles; they deserve it.”

Finally, ten weeks after surgery, my cell phone finally rang with the news we had anxiously been waiting so long for. Our geneticist blurted out, “they both tested negative for NF2!!”

Relief flooded every cell of my body, and started pouring out of my eyes. I was so emotional that I couldn’t drive, and had to pull over.

The first thing I did was call my husband, Josh. Whenever I call during the middle of the day, he answers the phone with “Hey babe, are you okay?” I knew he would hear my tears, so I quickly shouted “they don’t have it! They don’t have NF2!!” I must have said it ten times before he understood me. I could hear the news sink in over the phone, and he began to tear up and smile as well.

Finally, we had some uplifting news to share with our support system! I happily began calling everyone we knew. Each time I said “they don’t have it,” I was filled with more hope. 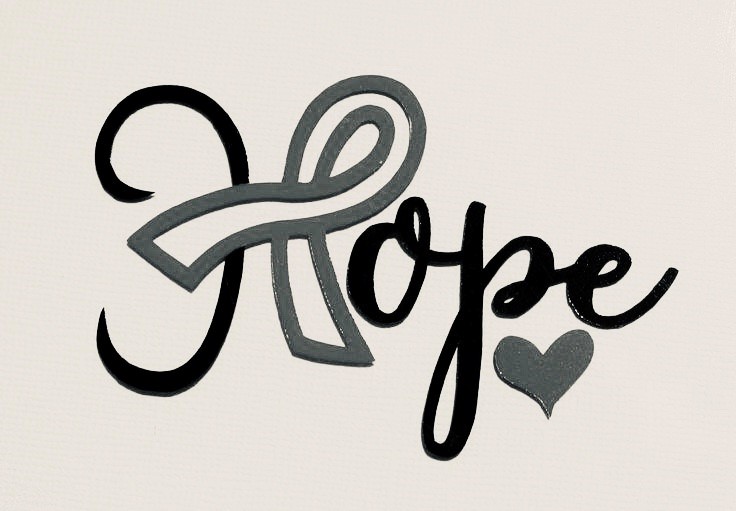 It was a huge turning point for me; my whole perspective had shifted. Right in the middle of hardship, we had been given 2 perfect little miracles. It filled me with the courage I needed to continue fighting my battles.

There were more tough days ahead, but now I had all the fuel I needed to overcome.

This is my story, and it is not over yet.